This episode of Awesomed By Comics is brought to you by Bosomy Mecca Wised, Mew Comedic Ass Boy, and comic book anagrams. We bid a sad "Cheerio" to Captain Britain and MI 13, give a Heaving Tiger Love Tug to Immortal Weapons #1, and make a fool-proof plan for going to SDCC next year without whining or homicides. Also tune in for our enlightening (GET IT?) review of DC Animated's upcoming Green Lantern: First Flight movie. 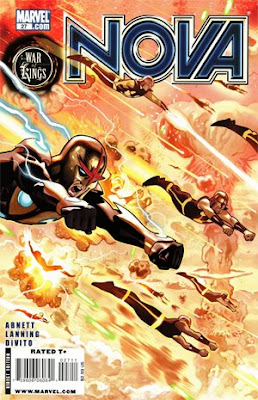 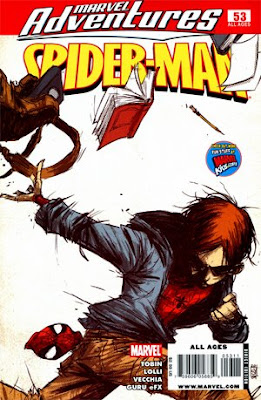 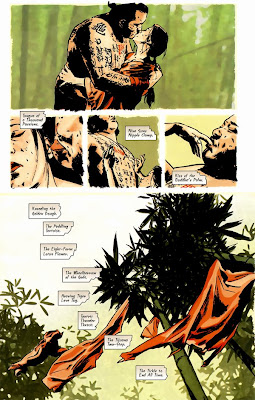 Evie's pick, from Guardians of the Galaxy #16 by Abnett & Lanning and Wesley Craig (click to enlarge): 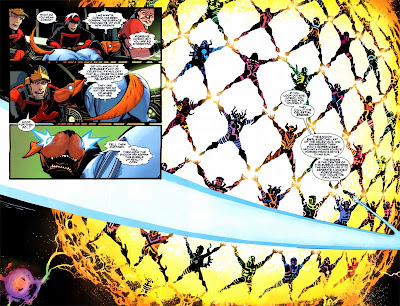 Email ThisBlogThis!Share to TwitterShare to FacebookShare to Pinterest
Labels: ABC Podcast, Cover of the Week, Nova, Panel of the Week, SDCC

Okay Evie, you need to pick up the Miracleman (Marvelman in the U.K.) series because it is Alan Moore at the height of his superhero revisionist powers, taking a totally cheesy Shazam rip-off character from the 1950s and deconstructing-then-reconstructing him into a three-dimensional, pathos-ridden god among men. It's gory, it's moving, it's his magnum opus (and when Neil Gaiman took over, that stuff was very cool too). BTW, is the Juggs subscriber now going to have to face Mecca?

I don't agree with you two on, 'the hell' thing. I've heard and used that since well before BMB even did Marvel comics.

I haven't seen the GL movie yet, but I love Lauren. Laroquette(sp) was also the voice in TCM. ;)

Don't worry about sexturtle, it was already on AOTS on G4.

RIP MI13 = sadness. Set your Faizas to fucked off.

Totally agree with Anonymous #1 here, Moore's Miracleman was aces. I remember back in the Watchmen episode, Aaron made the point that the film was a deconstruction of the Dark Knight (and films like it, I guess) and Moore ploughed a similar furrow with MM. Warpsmiths rule.

If Marvel's Marvelman deal means they can republish the Moore/Gaiman stories (or even just the Moore stories) it will be fantastic for comics fans who have only read ABOUT them. However, based on what I've read in the days since the announcement, I'm not so sure that's part of the deal. They may just have the rights to the character moving forward, meaning no Marvelman (or Miracleman) reprints, but at least Marvel will now have a Shazam pastiche to go along with their Superman pastiche. Or maybe it means they can just sell the t-shirts, I don't know.

I have to admit that I'm confused about the whole rights deal...I can't tell who's right. Here's a link to the last part of an interview that Moore recently gave to promote LOEG vol. 3http://forbiddenplanet.co.uk/blog/2009/05/the-mighty-moore-marathon-part-three-of-padraigs-talk-with-alan-moore/, where he kinda sounds like nobody ever had the rights except Mick Anglo. My big question is: if Todd McFarlane spent mucho money buying the rights to Eclipse properties (including, ostensibly, Miracleman), then is he just out of luck? Or will an even more massive lawsuit result from this?