It's funny when you're Facebook friends with a comic book writer and they post a major spoiler in their status update because they're super excited about it and then they later post an update that says "has taken her post down." Whether the original spoiler was true and the writer got in trouble (or just thought better of it later), or it's all an elaborate ruse is anyone's guess, but if it is true, it's going to be epic, and controversial, and also adorable beyond all comprehension.

Posted by Evie at 10:22 AM No comments: Links to this post

Email ThisBlogThis!Share to TwitterShare to FacebookShare to Pinterest
Labels: Spoiler(s)

This episode of Awesomed By Comics is brought to you by Funny Things That Happened To Aaron On the Way Home from Work on Thursday, as well as the Angel of Death, who's been a real insufferable prick this week. The stunning debut of Batwoman in Detective Comics faces off against the new Runaways creative team with glorious results, and Ms. Marvel is flying pretty high as well. Wonder Woman and Hercules both stand up to olympic-sized Greek god dickery, Aaron brags about his Canadar, and we talk some trash about colors. Happy Pride! 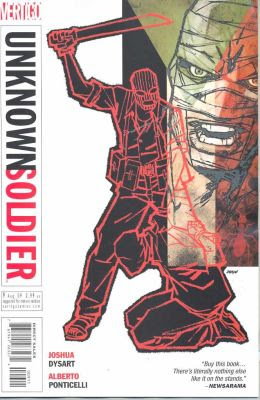 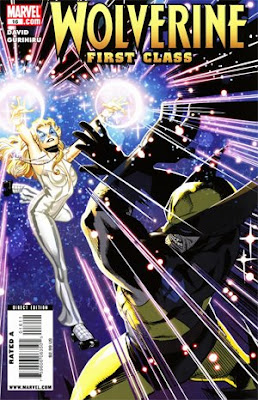 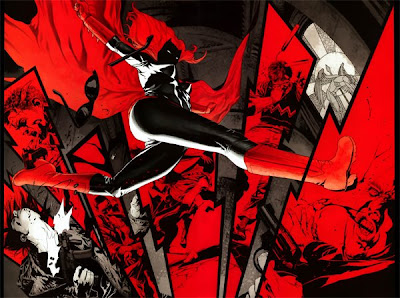 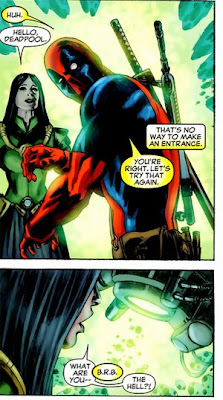 Number One Chinese Food to Take Out

God, I'm so busy, for serious. Between work and a missing hallway floor and dropping rhymes, it's like, whoa. But I did want to jump on here for a sec and say that what are maybe my two most hotly anticipated series of the year, Greg Rucka's run on Detective Comics starring Batwoman and Kathryn Immonen's run on Runaways both arrived this week, and they both knocked it out of the proverbial motherfuckin park. J.H. Williams III's art on Detective is beyond stunning, Sara Picelli captures the glee and humor and sadness that Immonen nails, and I'm as happy as a kitten in a sunbeam. Well, there was the one horrible, awful, no good very bad turn of events in Runaways that made me throw shit, but it was still damn good writin.

This special one-year-anniversary 50th episode of Awesomed By Comics is brought to you by Awesomed By Comics' Greatest Hits. Order in the next 15 minutes and receive a full year of Awesomed By Comics episodes, normally free, for only $59.95. We make yet another plea for everyone to buy 18 issues each of Jeff Parker and Tom Fowler's Mysterius the Unknown, and not just because Aaron is immortalized as a muddy dirty hippie in this week's final issue. Garth Ennis takes it next level with Herogasm #2, and it's starting to sink in that Brian K. Vaughan's Ex Machina is actually going to end soon. 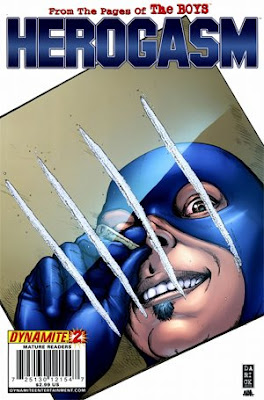 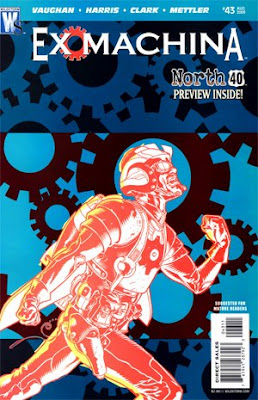 Aaron's pick, from Mysterius the Unknown #6 by Jeff Parker and Tom Fowler (that muddy guy in the front is Aaron! Thanks Tom!): 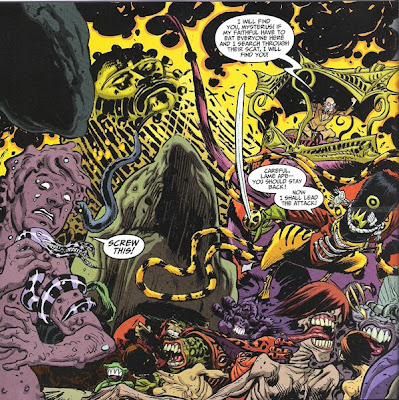 Evie's pick, from Jack of Fables #35 by Bill Willingham, Matt Sturges and Russ Braun (ok my real PotW is the Mysterius panel, but I wanted to mix it up and this made me laugh): 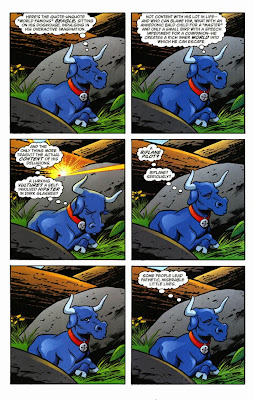 Email ThisBlogThis!Share to TwitterShare to FacebookShare to Pinterest
Labels: ABC Podcast, Cover of the Week, Ex Machina, Jeff Parker, Panel of the Week, Tom Fowler, We're in a comic

If this does anything even remotely approaching a re-creation of Batman's crooning "Am I Blue" in that fucking amazing episode of Justice League Unlimited, I will die a thousand tiny deaths. I haven't even seen Dr. Horrible (I know), but I have seen the "Once More, With Feeling" episode of Buffy (who hasn't), and really, the concept doesn't much get old, does it. (Don't think about that too hard.)

Ok yeah that was bad. Anyway, as most of you know, writer, artist and publisher Terry Moore has been doing quite well for himself with both his self-published titles (Strangers In Paradise, Echo) and Marvel runs (Runaways, Spider-Man Loves Mary Jane), and is in a unique position to talk about the business in this wacky time. I interviewed him for Publishers Weekly about all of this stuff and more here, so please to check it out!

This episode of Awesomed By Comics is brought to you by barely functioning automobiles, and a behind-the-scenes look at the work of one of the industry's biggest artists at the climax of his career. School's in session for a new hilarious cohort of X-Men First Class, and Beta Ray Bill space-gallops away with big prizes. Be sure to start getting psyched now for next week's 50th Episode/One-Year-Anniversary Spectacular. We don't know how spectacular it will be, but by calling it that a lot we hope to make it so. 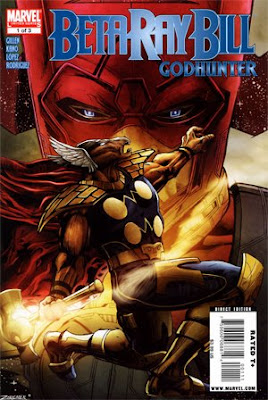 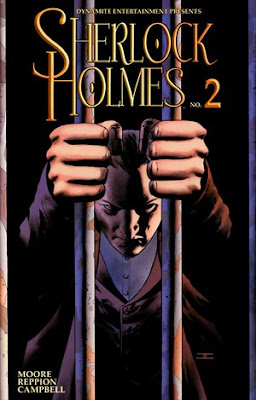 Aaron's pick, from Deadpool #11 by Daniel Way and Paco Medina: 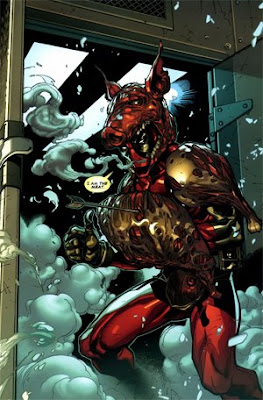 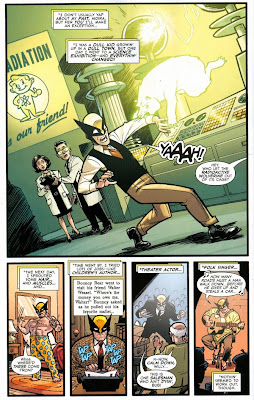 On last week's podcast, we mentioned that this week's show might be a day or three late because we were going out of town for the weekend and then I would be away tonight for work; Aaron thought maybe he would do his New Warriors retrospective whatever as a bonus while I was out. Well, very long story short, on the way back from New England today, our car had a massive stroke on I-95 in Connecticut and is now stranded there on life support; we hobbled our way home via a number of trains, but we are exhausted and demoralized and I missed my work assignment, which happened to be the Nine Inch Nails/Jane's Addiction/Street Sweeper Social Club show at Jones Beach, so let's just say I'm trebly knackered. Aaron works nights during the week, so chances are we will be skipping this week. You know we only do this for really good reasons. I hope you'll agree this qualifies.

p.s. Our car, with whom we have a mutual hate/hate relationship, is a 2002 Volkswagen Jetta, hence the blaming Hitler. That guy sure knew how to ruin a weekend.

I'm a bit too compulsively honest to let this pass, particularly when there's some mild amusement to pilfer from it... if you scroll down in this post on The Beat, you'll see me looking a bit like a doofus, because I take terrible candid pictures (and yes even many posed pictures end up being "candid" for me, because I can't get my shit together)... anyway, I was talking to these guys at the CBLDF party, and they all had their iPhones out, and Heidi was like "good god, I have to take a picture of this," and I was like "ok well then let me get out of the way because I don't have an iPhone," but then Comixology's David Steinberger (who, I remind you, was already playing with his iPhone) was like "oh here, you can borrow my iPod Touch." Now, before you're like "dude has what now?" let me point out that he creates applications to read comics on the iPhone, which can work differently on both devices, and it is therefore not only acceptable but necessary that he have both to mess around with. But anyway, it was a Thoroughly Modern Moment. Now I want an iPhone.