This episode of Awesomed By Comics is brought to you by recliners, mind-boggling technology failure, and a very special message from Marvel and the next best thing to Sally Struthers. Gail Simone buries the competition with a pitch-perfect, rump-busting, life-and-death-and-sex-affirming issue of Secret Six, and Jeff Parker's new Exiles series is pretty sweet too. Apparently we're also supposed to be worried about Tim Drake, but I think we all know better than that jazz. 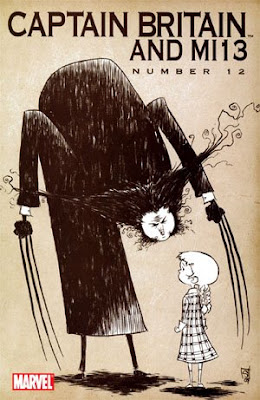 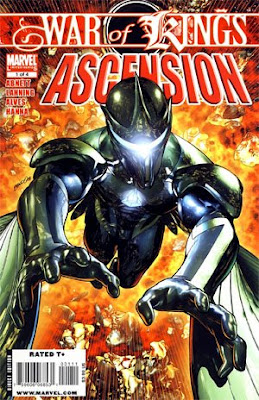 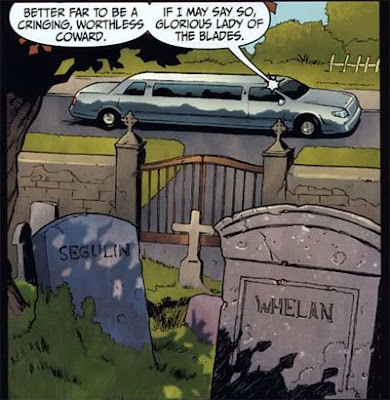 ... and from Exiles #1 by Jeff Parker and Salva Espin: 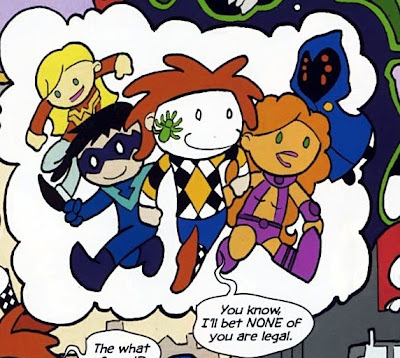 Awww, one of my mates linked me to your podcast and I tell you, I'm completely flattered you guys! A panel of the week in my first foray out of the traps? The head's gonna have a hard time fitting through the door now :)

Hugely deserved, Amanda! I laughed so hard at this I cried, and then laughed again. Hope to see you do much more.

Nobody missed five issues of The Twelve anywhere, as #9 was canceled without explanation a while back and hasn't been given a new release date. Makes me glad that I decided to wait for the trade, as a wait of five months (and counting) tends to kill the suspense a wee bit.

Loved it! Aaron's rap at the end is hysterical!

Sorry about the computers guys. :(

But this was fun and y'all sounded more relaxed than when recording in your studio. :)

you're all just jealous of my mad freestylin skillz.

According to Joe Quesada back in January, JMS and Chris Weston are far too busy doing much more fun (and, I imagine, lucrative) things than finishing The Twelve.

aaron, if you don't mind being a filthy hippy, i can totally squeeze you into the last issue of mysterius.

I've never been a filthy hippie. I'm even going to a Phish show this summer. :)

I've never MINDED being a filthy hippie, I mean.

As evidenced by the fact that I'm on drugs as I type this, although granted it's benadryl.

And wait, what do you mean "last?" Was it always a limited series and I just never noticed? Or did DC/Wildstorm cancel one of the most original titles to come around in years?

Yeah, I got the email with Aaron's original comment and I was going to come on here and say "I think he means 'I've never NOT been a filthy hippie'..." so I think that will work fine.

so is that a "yes" from the filthy, dirty hippy?

mysterius was always designed to be a series of series, six issues here four issues there, like hellboy or bprd, etc...

that said, we're going to have to wait to see how the trade does before we find out if we get to do more.

this is where you come in... audience.

Evie and aaron
and tomfowler, sittin' in a tree....