This episode of Awesomed By Comics is brought to you by comics-related pick-up lines, and yes this is a Batarang in my pocket. Abnett & Lanning, Jeff Parker and other unsung heroes prove yet again that we really don't need to be reading comics by anyone else, but we do anyway, so that we can be utterly underwhelmed by certain highly anticipated superstar snoozefests. Vertigo's Greatest Hits closes out a jolly good run, and a douche with a giant face for a torso doesn't get nearly enough time to shine. 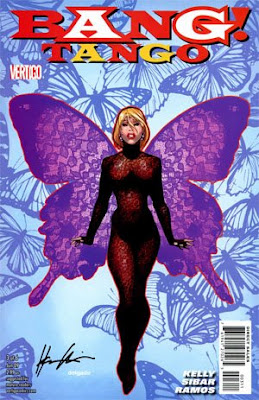 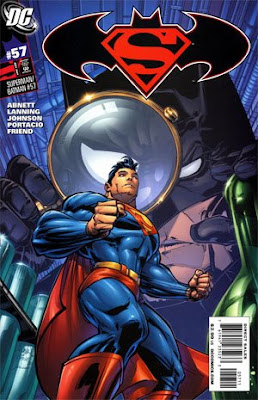 Aaron's pick, from Dr. Doom and the Masters of Evil #3, by Paul Tobin, Patrick Scherberger and Esdras Cristobal: 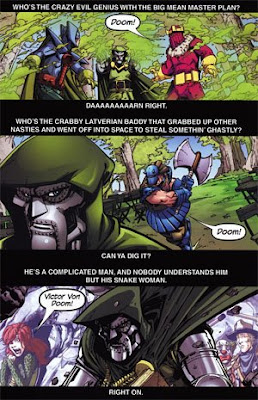 Evie's pick, from Seaguy #1 by Grant Morrison and Cameron Stewart: 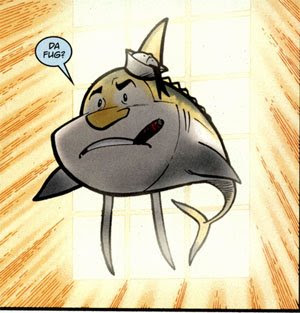 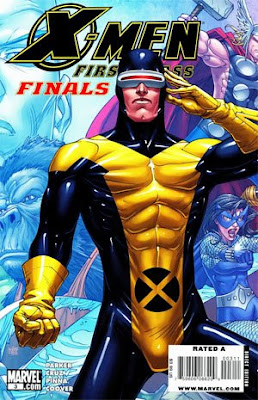 Wow, you were right, look at that thing.

I first heard of zaftig from Margaret Cho's stand up.

Also, I got the 'cattle for the bowel', but it's hard to comment on individual things like that as your podcast is so long, but awesome! :)

Zaftig is one of those words you know if you're a big-breast fetishist like myself who used to frequently receive issues of "Voluptuous" and "Juggs" in his mailbox. Not saying that I'm proud of those facts, but just sayin'. Hilarious that you guys made that promise to cut down the swearing in the beginning of this episode, and then proceeded to swear at least 10 times in the actual episode; I don't care about profanity (it was the primary language in my home growing up), and I think people who do should buy a copy of George Carlin's "Class Clown" and listen to the late great one's rant about it.

Yeah, I like the swears. More swears, not fewer.

Couldn't agree more about Spider-Man. Abysmal. Can't remember the last time I got so frustrated by a single comic (of course, I had Mephisto wipe all of last summer's 'blockbusters' out of my head....wait...I'm sure there was something that was more annoying but I can't remember what it was etc).