This episode of Awesomed By Comics is brought to you by slightly off poems about the sad demise of one of our show's earliest fake champions. It's a great comics week, between Secret Six, X-Factor, Sweet Tooth, Avengers Academy, Thunderbolts and the debut of a new Axe Cop series. Great non-comics week, with the release of the first new Pokemon game in four years, about which Aaron is more excited than probably any other exciting past or future life milestone. And thanks to a movie theater's awesome screw up this weekend, we also witnessed the funniest 10 minutes of all motherf&*($in time.

Don't have time at the moment to post the panels, but this should hold you over: 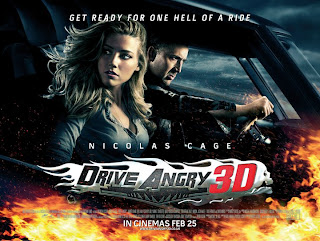 Cover(s) of the week: 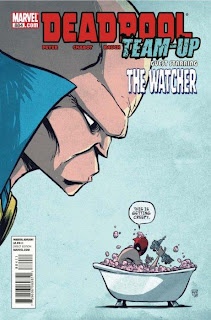 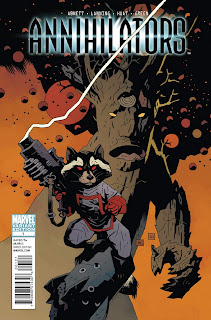 I didn't read Man-Thing. But if she's a 60s Dr. Strange supporting lady that isn't Clea then it's Victoria Bentley

Oh my Lord. I just snorted my corn flakes milk out of my nose listening to that Yu-Gi-Oh story. Awesome. Now I'm going to have the smell of corn flakes in my nose all day at work.

The Yu-Gi-Oh story is possibly the greatest story ever told.

If I had been drinking water during this show, I would have spit it all over my monitor when Aaron recognized the Firesign Theatre reference.

Oh, but I'm also gonna have to call you out, since I did read Joe the Barbarian #1-7, and the very first scene is Joe in a veteran's cemetery talking to his dead dad, and the very next scene is his mom dropping him off while she visits the bank to get a loan. And there are a couple points in the story where he calls his mom and she mentions she didn't get the loan, while there are parallels to his dead dad when they talk about the Iron Knight. So it was mentioned before, but if I hadn't read the back issues, I wouldn't have remembered them either.

All of this is made funnier by the fact that the next issue of Batman Inc. has the white-backround cover DC was doing like three weeks ago.

YGO story was amazing. Thanks guys.

Concur about the Yu-Gi-Oh story. Embarrassed myself at work by laughing so hard.

Downloading the latest episode now but forgot to stop back by here and say how much I enjoyed #129, my first listen to your podcasts. This podcast sold the Nick Cage movie better than any trailer.
Also that Watcher/Deadpool cover had to be one of those things all cover artist had to think, "Why didn't I think of that?" after seeing it.