This SWEAR-FREE episode of the Awesomed By Comics Podcast is brought to you by maybe the dumbest thing we've ever done on this show, although I predict a handful of you will say we'll eclipse even that about 26 minutes later.* Many. many wins for two great books led by two of comics' most heroic teddy bears; Max from The Stuff of Legend, and J. Jonah Jameson. Plus Ennis' soccer-mom Punisher, Jaime's red light red light red light GREEN LIGHT, and even if we can't have Runaways, at least we get their parents.

* We value** your opinions.

** This is honestly not sarcasm at the moment, but we reserve the right to ask you to read it as such, should the need arise.

Cover(s) of the Week: 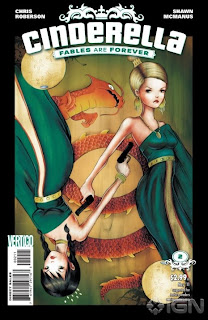 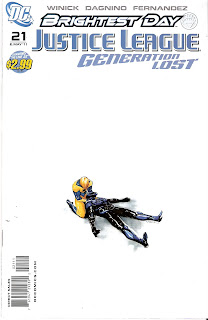 Aaron's Pick, from Doom Patrol #21, by Keith Giffen and a zillion artists 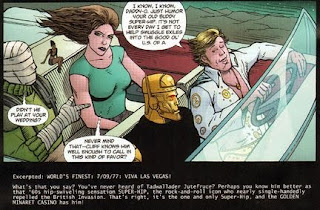 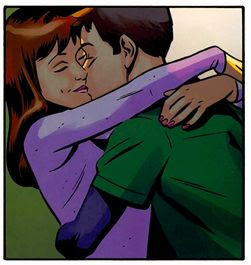 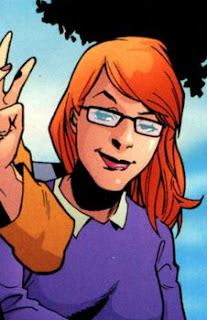 Shrimp With Hair of the Week: 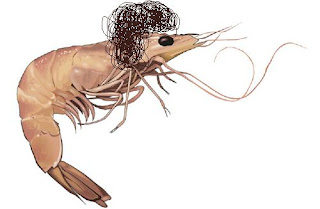 Hey guys, since you said you where not sure about the relationship between beast boy and Rita, it was in the old doom patrol comics, that Mento (rita's ex husband) and Rita adopted beast boy when he joined the doom patrol.

Hope that helps you guys.

Just a heads up, the link in the post links to last week's episode.

Much appreciated - all fixed!

sucks?! sucks is not a swear word.

that was a pretty awesome clap-off at the end of the show...

How about the fact that Batman Inc. #3 was riddled with laughable cliches about Argentina (like you said, tango of death), and seems to suggest that collapsing together anything vaguely Latin American somehow makes sense.

I don't have a problem not knowing who characters are or with particularly confusing in medias res openings. I DO have a problem with a writer not having a clue about his subject culture or material.

Nice job on the no swearing guys! I have kids too - it's nice to not have to turn the podcast off whenever they are in the area. Thanks!