This very special episode of Awesomed By Comics is brought to you by Chris Neseman! That's right, the famed podcaster from 11 O'Clock Comics and Around Comics joins us in our studio via wormhole from Chicago, and can be credited/blamed for the existence of Awesomed By Comics in the first place. Amadeus Cho is powerfully awesome, Thor is devilishly great, and Science Dog's bark is better than his bite. We talk about why Scott Pilgrim tanked, and get a recommendation for a web comic that is pretty much a sure bet to devour us whole. Also: Should you let your girlfriend win at video games? Tune in for the definitive answer. 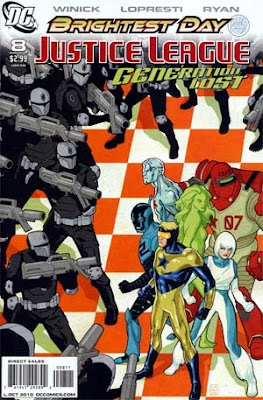 Evie's pick, from Prince of Power #4, cover by Salva Espin and Beth Sotello: 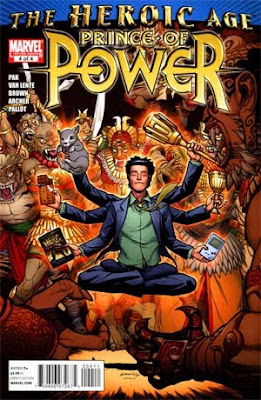 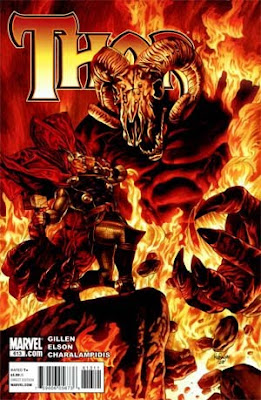 Evie's pick, from Thor #613 by Kieron Gillen and Richard Elson: 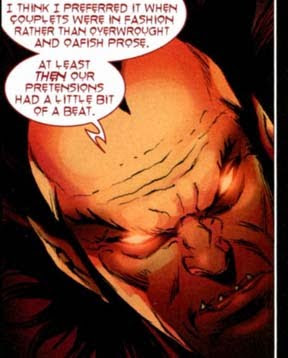 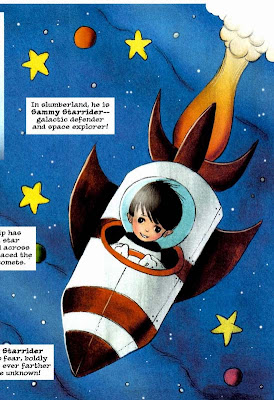 Email ThisBlogThis!Share to TwitterShare to FacebookShare to Pinterest
Labels: ABC Podcast, Chris Neseman, Cover of the Week, high fives, Panel of the Week

Science Dog actually runs as a back-up in every twenty-fifth issue of Invincible. The one-shot that came out this month was just the first two that had been done. It's supposed to just be a fun little thing to commemorate Invincible's milestones, with a collaboration between Walker and Kirkman.

Also, Rahne's not really pregnant with Rictor's kid, which is why she and Layla exchange those sad looks. In actuality, she got knocked up by some weird Asgardian wolf-guy in the pages of X-Force.

Oh, hey, I guess I missed that part of X-Force. Well that's even better then. More scandal!

Wait, isn't there an Asgardian wolf-guy that she had a thing with before in an old New Mutants story? (More fun Did You Knows in the catalogue of Rahne's past love interests: Havok and King Robert I of Scotland (Robert the Bruce).

I agree with Evie on the Niko casting issue, recasting her as black wouldn't be any better than recasting her as white. Given how fast they changed it the usually small impact of fan outrage, I suppose it could actually have been an honest oversight (did the casting calls for the other characters specify that they were white).

Amy Reeder's going to be the other artist on Batwoman.

How much do you rage over this?

Thanks to your guest (who was fantastic) Chris Neseman for summing up everything I hated about "Read Comics In Public Day."

As a note about Black Widow. The last series by Marjorie Liu was really awesome. Liu is now on my "I'll pick up anything she's writing" list and I'm gonna be buying X-23 when that comes out. Also, as Chris mentioned, the Rucka minis from Marvel Knights were also quite good. As was the Paul Cornell mini done recently. You can't go wrong with any of these minis.

I just wanted to say that I tried yet another comics podcast recently, but none can really hold a candle to Awesomed. Keep up the truly awesome stuff guys!

Could you guys link the webcomic mentioned by Chris? The computer game influenced one? I was in the middle of nowhere when I heard about it, and I've struggled to locate that moment on the podcast since!

You know, guys,
Giganta was dating the Ryan Choi Atom. And Dwarfstar hired the hit on Ryan Choi that killed him. Gail said that's being addressed in this arc. So that panel was more devious upon Dwarfstar's part than you think.

Eldron--links for both webcomics are in the Episode #107 post, thanks for reminding me!