This episode of Awesomed By Comics is brought to you by, uh, some people out there in our nation don't have maps and, uh, I believe that our, uh, education like such as in South Africa and, uh, the Iraq.We answer some of your drunk-ass discussion questions, and give a lot of love to cats, caterpillars, gods and clowns. We also utter the most shocking four words in the English language, "We miss Greg Land". 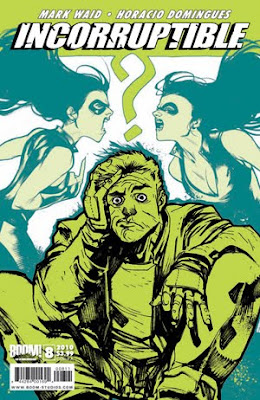 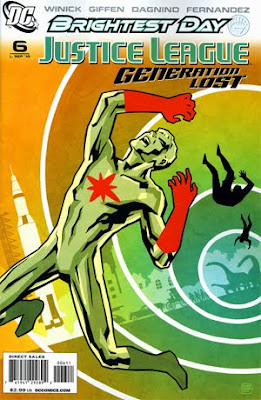 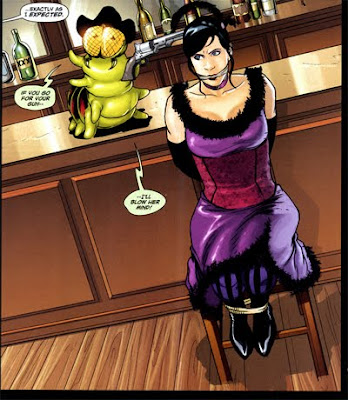 Aaron's pick, from Thor #612 by Kieron Gillen and Doug Braithwaite: 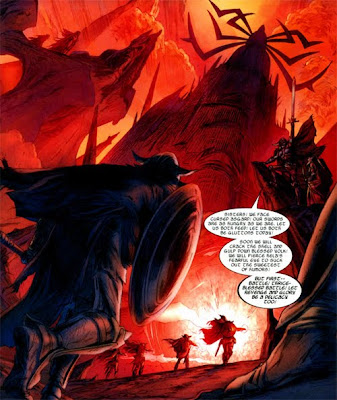 Bonus Crap of the Week Panel 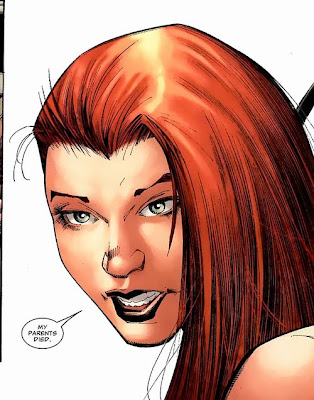 Bonus PIKACHUS (thanks to Kian) 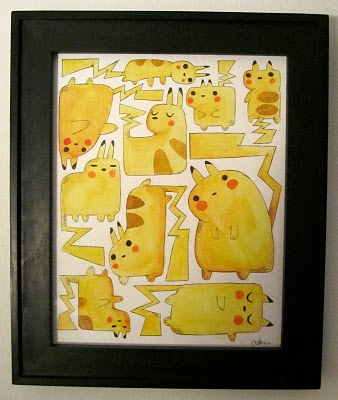 Didn't they have Rogue learn how to control her powers in the Danger arc of X-Men: Legacy? I'll dig out my copies.

Okay, based only on that panel I may have to pick up PC's *Action* run.

Just because no-one else has said it - that guy who's also in all the time periods in Return of Bruce Wayne is Vandal Savage.

Oh, dude-- I was seriously thinking "Is that Vandal Savage?" but then couldn't find any evidence of this whatsoever except that it could be. But thanks for confirming!

Larfleeze wasn't writing poetry he was writing a letter to Santa. Its a hint at the issue Johns mentioned at SDCC where Larfleeze goes in search of Santa

Oh duh--I knew he was writing a letter to Santa, and thought it was adorable. Then I guess I promptly forgot.

Instead of digging out back issues, I just wikipedia'd it, and yeah, Rogue's 'cured'. It's one of those things that feels like there should be a bigger deal made about it.

I'm a douche but... pronouns can't be "tensed;" they are declined.

Yeah - Larfleeze in search of Santa. And Firestorm pukes on a bystander in Brightest Day. Humor fail leads to me dropping all these books. Johns is not Bendis and that's a pretty fuckin' low bar for laughs. Just tell the story. All of these Brightest Day books are treading water in a major way, and now, looking at Previews I see that Black Lanterns are returning? I'm sitting this round out.

The guy that looks the same in return of is Thomas Wayne, who may also wind up being Dr. Thomas Hurt, who's currently screwing with Dick and Damian in the future