This episode of Awesomed By Comics is brought to you by the Forkies, who are enraptured. In a week where the Big Two fight for easy press, the biggest story for us is the beautiful conclusion of I Kill Giants, which made Aaron cry even harder than the end of Legend of Zelda: Link's Awakening. Captain Britain and MI13 turns in another fine chapter, and two series starring kick-ass ladies come to a premature end. SPOILER: Batman died. SPOILER TWO: Batman will be alive again soon enough. Happy new president week!

ALSO: Because we got a lot of follow-up questions to last week's show--here is the link to the iTunes store for Aaron's band, or search for "The Ampersands" (album called "And") at Rhapsody, Napster, eMusic, CD Baby, or wherever you get those things. 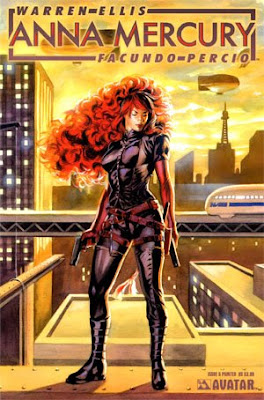 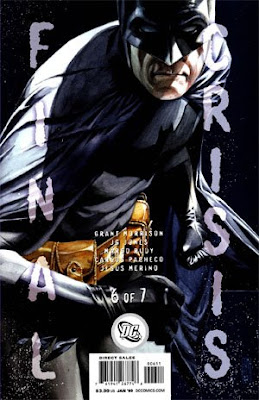 Aaron's pick, from Captain Britain and MI13 #9 by Paul Cornell and Leonard Kirk (context: Pete Wisdom is destroying a corridor of dreams where people are falsely living out their hearts' desires):

Evie's pick, from Final Crisis #6 by Grant Morrison and 600 artists: 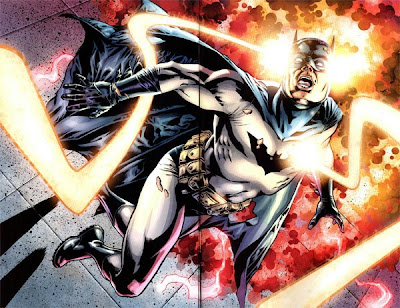 Here is a review of the podcast: hates Grant Morrison comics for dubious reasons.
Rating: 2 out of 5 stars.
Otherwise, a pretty good show, especially Aaron's intros. And thanks for telling me about I Kill GIANTS, I finally read it and I really like it.

I don't know if this is the first one you've listened to, or if you've read back posts on the blog at all, but we're actually big Grant Morrison fans in general... which is why Batman RIP and Final Crisis have been so disappointing. I don't think it's so dubious, if you read or listen to other reviews on both of those series, a good chunk of the reaction (also from people who like his work) has been similar.

But otherwise, thanks very much for listening, and if we turned even one person onto IKG, then win!

Thoroughly enjoyed this week's podcast, guys, so thank you. Have asked my local shop guy to get me a copy of the IKG trade when it's released as I missed the boat when the series kicked-off. Speaking of 'kick-off', where were the football highlights this episode?

Neil, I am going to get in so much trouble. A listener (good-naturedly) complained about the football stuff last week, so when Aaron started it up again this week I said "let's skip it this time, it will get old". I'd say we'll bring it back for the Super Bowl, but we don't really care about either team that made it, so it won't be the same. Sigh.