This episode of the Awesomed By Comics Podcast is brought to you by Aaron's new laptop, as we mourn the death of the old one, which had all the scripts and stuff on it. Aaron's finally fully on board the Nick Spencer gravytrain as he pours his meaty gloop onto comic book swedish meatballs known as Infinite Vacation. Meanwhile, the Unwritten crew take a vacation of their own, to explore what happens when an ill-tempered and foul-mouthed human gets stuck in a storybook land, Allegiances are formed, allies are left behind, and heroes go missing. Dark and interesting stuff exploring faith and commitment in both. Also, 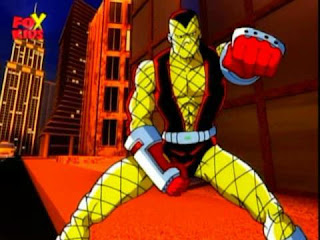 Murray Spiderman gets a shoutout, Ultimate Spider-man gets shot at, while Amazing Spiderman cracks wise. Catman and Huntress would have really great sex, I think. Probably neither of them would employ the shocker, which we spend an inordinate amount of time discussing. 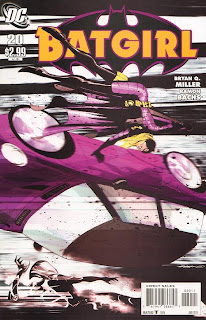 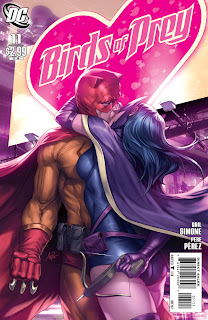 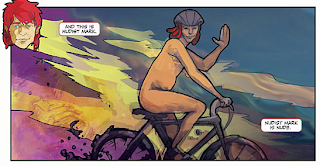 Re: Journey into Mystery. Three of Marvel's current series 'original numbering' actually dates back to before they started. In Thor's case, Mystery was a sci-fi anthology dating back to the fifties, and from around 1961 on it starred Thor in the lead story, and quickly became only a Thor book. In 1965 the title was officially changed to "Thor", but with the same numbering. In the mid nineties it stopped being a Thor book and became "Journey into Mystery" again (I think it starred some Asgardians in a plot related to the 'Heroes Reborn' stuff). Thor didn't have his own 'Heroes Reborn' title, but when they cancelled all of them and relaunched the Avengers and FF characters a new Thor series was launched starting with #1, that was cancelled in the Ragnorrok storyline when the Avengers were relaunched into the New Avengers. Then the JMS series launched with #1, they renumbered that to 600 based on: 502 (the last issue of the 'Thor' series that ran from issue #126 in 1965 (continued from 'Journey into Mystery' #125) PLUS 85 issues of the 'Heroes Return' relaunch PLUS 12 issues of the JMS Thor. If you really wanted to be a stickler, since this doesn't include the post-Thor 'Mystery' issues, THOSE would be the continuation of 'volume 1' of "Journey into Mystery" and this would be "Journey into Mystery" 'volume 3' (there was another series that ran for a dozen issues or so in the 70s), with numbering continuing from "Thor" 'volume 1' even though 'Thor' 'volume 1' had numbering continuing from 'Journey into Mystery' 'volume 1'.

Good luck guys! I hope everything works out for both of you. You both work hard and I'm sure the fruits of your labor will be amazing.

Looking forward to the "THE SPECTACULAR SUPERFRIENDS SHOW" in May. I'm sure it will be awesome.

This is my official "SENDING YOU GOOD LUCK" Post. May the Gods of Asgard look favorably upon you both!

Wishing the ABC hosts the bestest luck a longtime listener can bestow upon you two.

By the way, the Hair Bear Bunch was a Hanna-Barbera cartoon from the early seventies.

I'm psychically sending well wishes your way too. I've got my mind set on you, but in a good-vibe-y kind of way, not the creepy kind.

Best wishes and a lucky soy-based simulated rabbit's foot to you both.

I also wish you two the best of good luck. I feel your honesty has made me feel strong about any difficulties I have at the moment as well. Stay strong!
P.S. Aaron, I just cannot go into the Twitterverse. I refuse to foray into that social media, no offense.( although I'm sure your tweets are great.)

Re: "Build Me Up Buttercup" Samples:

Doesn't quite count, but because I had to suffer through it out of morbid curiosity, I give you this: http://www.youtube.com/watch?v=AjdubiAhoBo

I'm a little behind in my comics and podcast listening - so.. GOOD LUCK, guys!

I'm behind in listen to my favorite podcast so I'm commenting late but wanted to throw out a good luck and a I love the Shocker. Best villain costume ever. Really, I mean it.