This episode of Awesomed By Comics is sponsored by Frogfucius, who say "Our greatest glory is not in never falling, but in getting up every time we do. Ribbit." Aaron and Evie ring in the New Year with piles of praise for Hercules, Incognito and Gigantic, but find the Holocaust disappointing. New Year's resolutions include less eating and more shitty music. Also, could we see some more Wolverine in '09? We'd really like to learn more about what makes that guy tick.

Download/subscribe in the right sidebar, and leave an iTunes review! Tell us what you think in the comments, or visit our show forum. 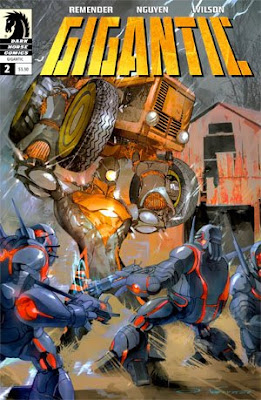 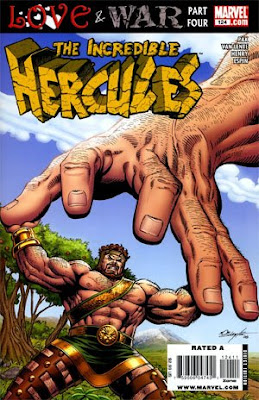 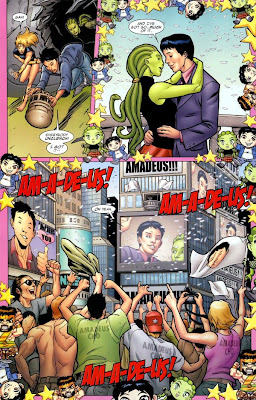 Aaron's pick from Marvels: Eye of the Camera #2 by Kurt Busiek and Jay Anacleto: 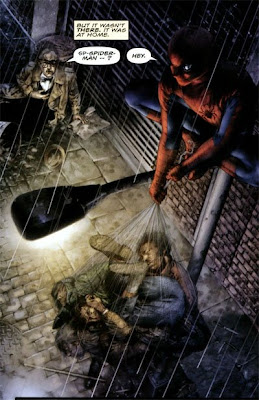 Email ThisBlogThis!Share to TwitterShare to FacebookShare to Pinterest
Labels: ABC Podcast, Cover of the Week, Incredible Hercules, Panel of the Week

The Incredible Hercules is easily my favorite book. It doesn't take itself to seriously. BARRACKAALCTD is my new favorite sound effect.

This was one of my favorite shows you guys have done so far!

There were so many laugh out loud moments I had to listen to the show twice to make sure I got everything!

My two favorites one liners were Aaron's (and I am going by memory / paraphrasing so please forgive me if my quotes are off...) "I am an expert, I read 4 books on the subject" and "Well, the phallus is the center of the universe". The Obama as a president of the "Hope" star was funny as well.

I do have a question in response to your Yugi-E-Oh (probably misspelled that) what type of music do you like Aaron? Who are some of your favorite bands / singers?

Evie, if you can find it, there is a great band called Winter Hours that released a few (gasp!) records (yes, actual vinyl...) in the late 1980's. I discovered them when I saw them open up for The Rainmakers and Hoodo Gurus at a club called The Living Room. They had one "major" label release but there independent stuff was 10,000 times better (though the major label CD was passable). They are a bit hard to describe, but based onyour music tastes, I think you will like them.

Again this was the best show you guys have done! I reallly enjoyed it and thanks for taking the time to produce and release it. Every Monday morning I look forward to it on my drive in to teach the young skulls full of mush.

You guys are great!

Ps. Enter me into the contest to have dinner :p

Hey thanks! And thanks for the band rec, will definitely check it out. Despite Aaron's remarks, I actually have fairly discerning tastes far beyond 80s europop (I work for a music magazine, they unfortunately won't let me write about New Order every week), but he likes to trash on that since it's the genre we don't have in common.