This Superbowl Sunday episode of Awesomed By Comics is brought to you by Raisins! For some reason? Or how about the New Orleans Saints. That's probably more topical. Wolverine Weapon X is sweet, and Sweet Tooth is bitter, and both are awesome; Wonder Woman still isn't selling the Star Sapphire thing, and Aaron pans Nova, because the weekend's killer snowstorm apparently made it to hell. A new season of "Lost" premieres, and nachos. 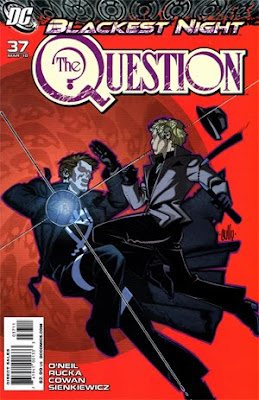 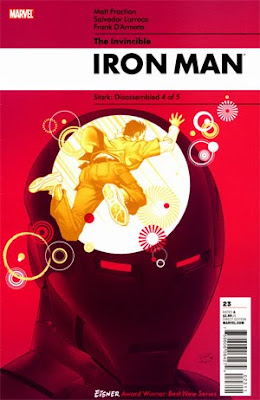 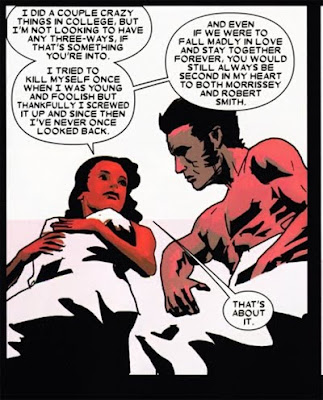 Aaron's pick, from The Boys #39, by Garth Ennis, John McCrea and Keith Burns: 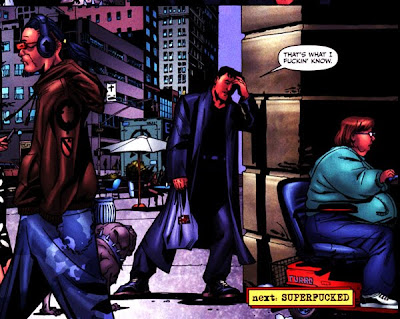 Email ThisBlogThis!Share to TwitterShare to FacebookShare to Pinterest
Labels: ABC Podcast, Cover of the Week, Iron Man, Panel of the Week, Question, Wolverine

The Batman and Wonder Woman romance originated on the cartoon, and was then briefly picked up on in the Justice League comic when Joe Kelly was writing it. The whole thing seemed to have been dropped and forgotten until Blackest Night came along.

Wolverine: Weapon X was also my book of the week. The Wolverine overload thing is fair enough, but honestly if you're reading one book starring Wolverine this should be it. This issue was particularly welcome for reuniting Aaron with CB Cebulski, with whom he did his first Wolverine work (a short story in X-Men Unlimited, I believe).

CB Cebulski is a writer... CP Smith did the art on this. But otherwise, yeah, it was awesummm.

ah fuck, that's what I get for being too lazy to turn my head 45 degrees and look at the damn book.

aww, you two sounded cute & lovey, even when 'busting' on each other...proximity to Valentine's Day? ;D

I dunno about the IRON MAN covers. While they're great I can't overlook the fact that they've all been pretty similar which could lead to some "Wait, didn't I already buy this?" at the comic shop.

And regarding last week, I'm glad i'm not the only one who found FANTASTIC FOUR 575 to be more weird than anything. Why'd they do the big house ads with the Galactus corpse if it was just gonna be a throwaway bit?

Crapest Night: Wonder Woman #3 sucked. No question about it.

Your description of Wolverine: Weapon X #10 led me to drive to the comic book store before work today specifically to pick it up. Looking forward to reading it when I get home tonight.

As for Demo, I think the current series is just 6 issues long. The first run was 12 issues, and originally published by AiT/PlanetLar, and is one of the best comic book series I have ever read in my life. Just issue after flawless, stand-alone issue. I'm really looking forward to this new one.

Seriously, I just about DIED laughing when Aaron mentioned that for sexiness you would want the knees to be reinforced. Quick little aside, Evie doesn't even acknowledge it, but damn I thought it was hysterical.

@ 寶貝 - That's a good point, but 関する最新情報をいち早く知ることが as well. Also, you need to consider 緊急発表!! ゲームフリークの増田さんからの重大なメッセージを、2月7日（日）放送の「ポケモン☆サンデー」でチェック！and hey, whatever you want to do with your spatulas is your business, not mine.