This episode of Awesomed By Comics is brought to you by something nonsensical and kind of awful. Incredible Hercules wraps up a heroic tale of yes, please, and Kieron Gillen declares sweet war on other new mainstream creators with a triumphant new Ares series for Marvel. We learn a lot about Batwoman's past, and Wonder Woman seems kind of screwed, but she'll probably figure it out. Also, KANG.

Aaron's pick, from Guardians of the Galaxy #19, cover by Alex Garner: 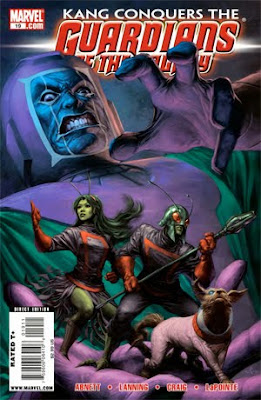 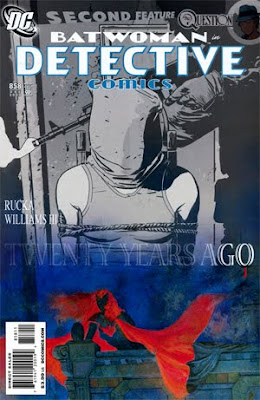 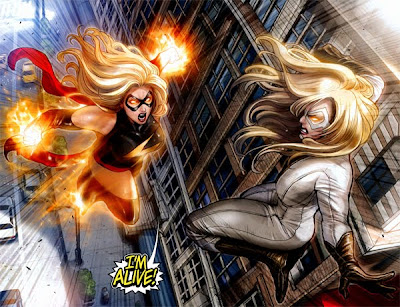 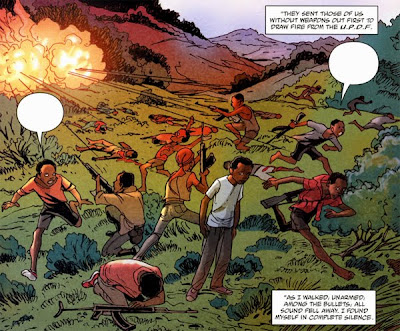 Email ThisBlogThis!Share to TwitterShare to FacebookShare to Pinterest
Labels: ABC Podcast, Batwoman, Cover of the Week, Guardians of the Galaxy, Panel of the Week

Here are some of my picks.

Hero: Reed Richards. Being a hero is about making the hard choices. Great moment at the end for Reed.

I'm not sure it explains anywhere explicitly in the latest Incredible Hercules that they've been re-doing the Labours of Hercules. Where are you getting that from? Or have I accidentally skipped a page?

Also:
Best Book: Fantastic Four, if only for the brilliant conversation in the letters page between Hickman and Brevoort.
Also, I like Reed Richards, and I like the fact that the Council isn't evil, just more dedicated to solving universal poverty than looking after their family. (Betting 90% of their Sues ended up with Namor)

Best Hero: Amadeus Cho
Walking away from Pythagoras; He's come a long way from the kid who was going to blow up the Helicarrier out of little more than spite.

Thanks for talking about Ignition City, Aaron. I generally like stuff Ellis writes and the premise interested me, but my finances were pretty tight when it started coming out. Now that I know it's worth the money, I'll pick it up when it's released as a volume.

@deworde: I haven't read Incredible Hercules yet (I've only just added it to my HeavyInk subscriptions), but they might be getting at least part of it from the entry Chris Sims wrote on the subject when he reviewed issue #136.

Maybe part of my problem is the fact that I misuse the word "exactly" the same way other people misuse "literally." I tend to use it to emphasize a point instead of using it the way it's meant to be used. However I still think if Aaron & H Jon Benjamin were doing a radio show together I'd have a hard time distinguishing them. Though I may be confusing H. Jon's voice with Brendan Small's. Had I known you guy's were such big fans I may have just kept it to myself.

Crap of the Week: AMBUSH BUG #7. It was just weirdly awful. If they didn't want to publish Giffen's original issue 6 they should have just scrapped the whole book.

Eric, no need to qualify your assertion, I'm sorry if it sounded like I was dismissing it--my opinion was more in service of cruelly denying Aaron the pleasure of being told he sounds exactly like Jon Benjamin. :P

Dr. Dick Fiduciary, OBGYES makes me wish I had a vagina.

Also, completely unrelated, but Heroes was remarkably unsucky this week. That's my non-comic-related-comic-item-or-whatever-it-is of the week.

Pick of the week: Detective Comics!! So very good!

Surprise of the week...can't believe that the deaths in Guardians of the Galaxy weren't on you list! COSMO! I mean it hurt to read that. I'm so sad.

Crap of the week: Justice Society
I remember writing off the title during the mega Kingdom event, but with this current storyline I'd take about a hundred more like it.

I don't know if Willingham has a disdain for superheroes, but you don't take a team that's whole basis is that they resemble and act as a family and remove that from the title. With the gung-ho Magog saying that the team needs to be more proactive removes the element that made the title unique and successful for the 100+ issues it has been in existence. You take away the strong family element, and it becomes just like all the other Justice books out there.

And with the new spin-off of Justice Society:All Stars showing up, I fear the essence of what made the title so refreshing is going to be removed for good, not just to milk a storyline.

Evie, no worries. It was kind of a thrill (using the word "thrill" very loosely here) that my comment sparked a discussion.

And I have a pre-emptive Crap of the Week- my local comic shop sold out of DOOM PATROL #4 because fanboys wanted some stupid plastic ring thus denying me the ability to read a comic I've been faithfully reading these past 3 months. Now I could have preordered the issue, I will admit that much, but then I'd be lumped in with the other goofs who just want the stupid ring.