This episode of Awesomed By Comics is brought to you by "Alphabet Bitches" by Lil' Wayne, which incidentally settles a question or two about Black Adam's late bride. I Kill Giants once again gets the gush treatment, and Final Crisis #5 barely qualifies for an award of its own. Awards also go to nasty jerks and a delightfully adapted PowerPoint presentation. Aaron presents an urban allegory to answer all your questions about how the likes of Ed Benes, Grant Morrison, etc. are allowed to keep doing what they do without consequence.

Aaron's pick, from The Wonderful Wizard of Oz #1, cover by Skottie Young: 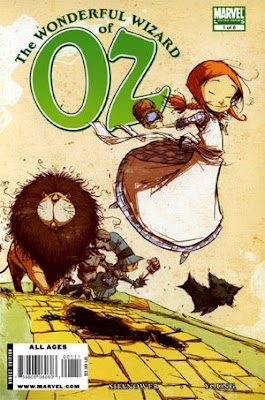 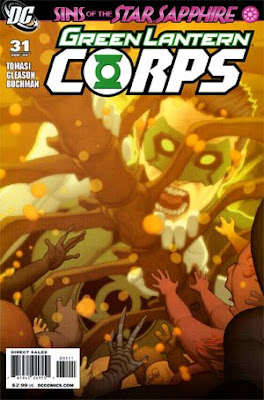 Evie's pick, from I Kill Giants #6 by Joe Kelly and JM Ken Niimura: 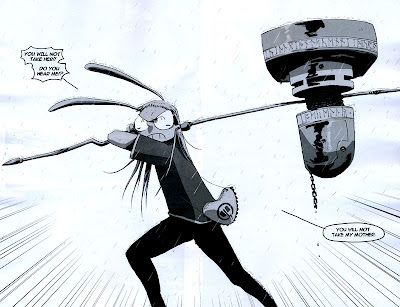 Aaron's pick, from I Kill Giants #6 by Joe Kelly and JM Ken Niimura:

Yay I Kill Giants, I love that comic as much as my husband hates it. He's addicted to 100 Bullets and Welcome to Hoxford. If you guys ever want to hash comics or are visiting the Virginia area let us know, would love to meet up and hang-out. Although that might sound kind of creepy, sorry.

My husband and I always look forward to your podcasts. He couldn't stop laughing at your Wolverine snicky-snicked comments and have downloaded all the episodes to his Zune that he's taking with him to Japan on deployment for the next 3 months. Please keep up the podcast, we love it.

Thanks so much for something awesomed to look forward too.

Hey Melony, thanks so much, and you're welcome! And don't worry about creepy, you think we have dozens of comics-loving couples hanging around our 'hood? Please wish him the best on his deployment, I hope we can help keep him entertained (and not too annoyed with any of our useless hippie garbage he might come across while listening).

You guys talked about my review! Fantastic! You two are now that much cooler in my eyes.

Also, I've been working through the archives, and heard you mention in one that Aaron has a crush on Erin E-surance. And here I thought I was the only one. Pink hair is the hottest. High five!

Oh btw Evie, I'm following you on twitter. My handle there is gothicwitch, so if you want to chat about comics or whatever, give me a poke.