This episode of Awesomed By Comics is brought to you by Learning to Be Silent, a zen koan that we will never learn in a million years. We say goodbye to birds of the Prey and Robin varieties, get our Coraline on, and can't help giving a laugh-out-loud award to Jeff Parker's sort of mean joke in Mysterius the Unfathomable. Big wins to Guardians of the Galaxy and X-Factor, which we do not spoil, you're welcome Peter David.

Aaron's pick, from Guardians of the Galaxy #10, cover by Clint Langley: 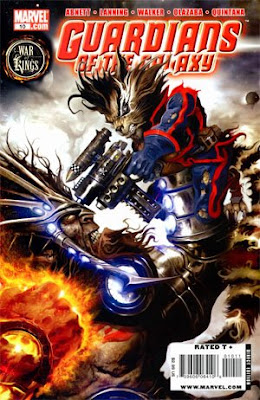 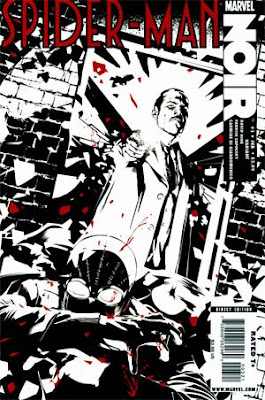 Evie's pick, from Mysterius the Unfathomable #2 by Jeff Parker and Tom Fowler: 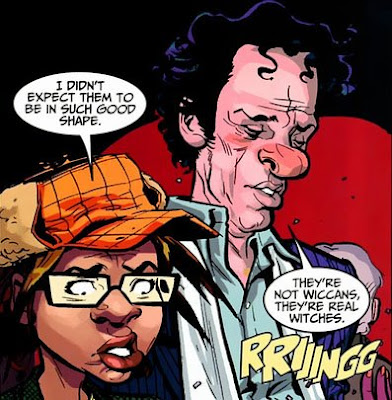 Aaron's pick, from Guardians of the Galaxy #10 by Dan Abnett, Andy Lanning and Brad Walker (this wins primarily due to monster with mouth on top of his head): 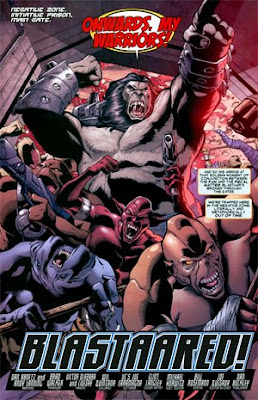 Email ThisBlogThis!Share to TwitterShare to FacebookShare to Pinterest
Labels: ABC Podcast, Birds of Prey, Cover of the Week, Guardians of the Galaxy, Panel of the Week, Peter David, Robin, Spider-Man

lol, the Wiccan stuff, but you guys should drop it. lots of wicca on the net and in the military.

ooooh, fear the Wiccan community of chubby women breastfeeding each others babies! The Spiderman cover WAS awesome

Oh we'll drop it, just acknowledging a joke that played to our baser instincts (i.e. Jeff Parker started it!). Plus the Around Comics guys (I think it was them) got into trouble on this very topic sometime last year, and our only advantage is that we're not as popular so as to get as great a volume of hate mail.

Apologies to Aaron, I was only teasing about the creepy and teasing's not nice. As a polyamouristic renaissance sci-fi Wiccan, trust me, I know.